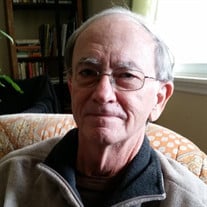 Obituary Andrew F. Gallman, II August 31, 1947 – September 8, 2020 Dr. Andrew Franklin Gallman, II, age 73, of Shelbyville, passed away Tuesday, September 8, 2020 at home under the care of his loving family after an extended illness. There will not be a public funeral service, but private memorials are being arranged. Andrew was born August 31, 1947 in Gadsden, AL to Andrew F. Gallman and Kathryn Bilbro Gallman. He lived his childhood, youth and college years in Mississippi. He and Sherry were married in 1970. After attending 2 years of Asbury Seminary, he joined the organization that became his life’s work, as detailed below. He is preceded in death by his parents, and his sister, Roselyn Nuckols of Dumas, AR. Survivors include his wife of 50 years, Sherry Wright Gallman, of Shelbyville; two sons, Benjamin Gallman, of Philadelphia, PA and Daren (Esther) Gallman of Manchester, TN.; a brother Taylor (Jenny) Gallman, of Ft. Payne, AL. Five grandchildren, Sage (Jordan) Janke of Milton, FL; Ananda Janke, Judah Gallman, Nekoda Gallman, Jesse Gallman and Shua Gallman of Manchester, TN; one great granddaughter, Sadie Janke; and numerous beloved nieces and nephews. He worked 30 years as translator, administrator, school director, and teacher for Wycliffe Bible Translators/Summer Institute of Linguistics. After joining the organization in 1972, he earned his master’s degree before taking assignment in the Philippines. He served as Summer Institute of Linguistics Associate Director of Personnel in the Philippines during his term there (1975-1979). He earned his PhD linguistics degree from University of Texas Arlington (1984). He was SIL Pacific Area Director, in Hamilton, New Zealand and Brisbane, Australia (1984-1992). Upon returning to the U.S., he directed the SIL training school in Dallas, TX (1992-1998). He also taught 15 years at Houghton College, Houghton, NY where he became professor of Linguistics and Director of the Intercultural Studies Program until his retirement (1998-2013). He had been in retirement in Mississippi, his home state, “mowing grass and fishing in the pond” as long as his health allowed and until he and Sherry moved to Shelbyville, TN to be near his son, Daren, and his family in 2019. Memorials in lieu of flowers: Wycliffe Bible Translators https://www.wycliffe.org/projects/give-your-gift-in-honor-or-memory-of-a-loved-one OR: Houghton College Student Scholarship Fund https://www.houghton.edu/giving/student-scholarship-fund/

The family of Mr. Andrew F. Gallman II created this Life Tributes page to make it easy to share your memories.

Send flowers to the Gallman family.