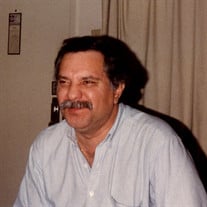 Mr. Benjamin Franklin Silva, age 71, of Shelbyville, passed away Saturday, January 3, 2015. A Memorial service, with full military honors and officiated by an Air Force Chaplain, will be 11 AM Wednesday, January 7, 2015, at Feldhaus Memorial Chapel. The family will receive visitors one hour prior to service. He was born March 31, 1942, in Blue Earth, Minnesota, to the late Quadalupe Silva and Martha Martined. He was a veteran of the United Sates air Force, an engineer with the railroad, and a member of the Catholic Church. Preceding him death was a brother, Richard Silva. Survivors include his wife, Carla Mae Smith Silva, of Shelbyville; three sons, Joe (Teri) Silva, of Artesia, New Mexico, Rick (Tara) Silva, of Largo, Florida, and Jay (Heidi) Silva, of Minneapolis, Minnesota; step-son, Adam Green, of Shelbyville; step daughter, Jennifer (Brad) Clark, of Waterloo, Iowa; nine grandchildren. Feldhaus Memorial Chapel is assisting the family with the arrangements.

The family of Mr. Benjamin Franklin Silva created this Life Tributes page to make it easy to share your memories.

Send flowers to the Silva family.