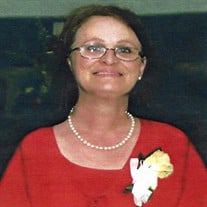 Mrs. Betty Jean Lynch, age 63, of Shelbyville, passed away Friday, February 19,2016, at Heritage Medical Center after a brief illness. Her children and grandchildren will gather for a Memorial Service 4 PM Saturday, February 27, 2016, at Legends Restaurant in Shelbyville.Per her request, her remains were cremated. She was born September 30, 1952, in Pennsylvania, to the late Betty and Gene Bartlebaugh. she was being taken of and comforted by daughter Christy Coleman and son Eddie Coleman, in her final days. Betty was a hard worker and did all she could to provide for her children. She retired from Tyson Foods in 2015, after working for the company 15 years. She would work hard all day, relax hard in the evening, and back up like clock work the next morning to do it all over again. Only declining health slowed her down. She enjoyed spending time with, and enjoying, her grandchildren. She was readily available to watch over and babysat them whenever she was needed. She leaves nine children to cherish her memory: daughter, Tonya (Herminio) Herrera, son, Frank Allen, son, Thomas (Eileen) Allen, son, Jason (Sharon) Allen, son, Fernando Santos, son, Marcel Bartlebaugh, daughter, Christy Coleman, son, Eddie Coleman, and daughter, Pam Coleman; twenty seven grandchildren and one great great grandson; four sisters, Faith, Christen, Elsie, and Charlene; three brothers, Thomas, Martin, and Presley; a host of nieces, nephews, cousins, ad friends. Feldhaus Memorial Chapel is assisting the family with the cremation.

The family of Mrs. Betty Jean Lynch created this Life Tributes page to make it easy to share your memories.

Send flowers to the Lynch family.