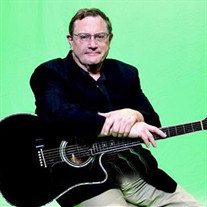 John Christopher “Chris” Shofner, Jr., age 61 of Shelbyville, died Friday, June 19, 2015 at Centennial Medical Center in Nashville. He is survived by his wife of 21 years, Ginger Bobo Shofner, his 9-year-old daughter, Willa Katherine Shofner, his younger sister, Ruth Ann Shofner, his uncle, Howard Bentley Shofner, Jr. and his wife Helen, his mother-in-law, Sheila Reed Bobo, all of Shelbyville, and his brother-in-law, Pyke Reed Bobo of Mena, Arkansas, plus a multitude of cousins and friends who loved and adored him. He was preceded in death by his father, John Christopher Shofner, Sr., who died in 2000, his mother, Betty Ruth Thompson Shofner, who passed after a long illness on June 13th, his aunt, Katherine Shofner Anglin in 2003, and his first cousin, Maureen Shofner Minch in 1998, who like Chris, died much too young. Chris was born on March 29, 1954 in Shelbyville at the old county hospital, weighing a whopping 11 plus pounds, which held the hospital record for more than two decades, a fact his mother did not let him forget. He grew up being spoiled by his maternal grandparents, Bell and Annie Ruth Jarrell Thompson, their only grandchild for many years until Ann’s arrival, and spending days with his paternal grandmother Katherine Jenkins Shofner. As a child he was active in Boy Scouts, earning his Eagle Scout certification on September 7, 1967 with Troop 155, and as a teenager served as his great-aunt Mamie Jenkins Moore’s weekly golf partner every Saturday morning at 6:15 AM, which unfortunately put him off golf for many years. He was the 12th member of his father’s family to attend The Webb School in Bell Buckle, followed by his sister, where he played goalie for the soccer team and got into mischief. Whenever he drove down Highway 82 towards Bell Buckle in the Spring and looked over at the rows of daffodils that were in bloom, he would grumble that he had to plant many of them during detention, but then he would smile. He went on to attend Middle Tennessee State University where he majored in journalism after being inspired by one of his favorite Webb teachers. He also minored in philosophy and spent too much time at Kappa Alpha fraternity house, all the while playing in various bands. Chris pursued his love of honest, straight-forward, and objective journalism as a reporter for several newspapers, including the Shelbyville Times-Gazette where he also served as Editor, The Tullahoma News, and the Daily News Journal in Murfreesboro. His last job was as the Public Information Officer for the City of Murfreesboro, a position he had to leave early in 2013 due to his rapidly declining health, much to his great sadness for he thoroughly enjoyed the people with whom he worked and was proud to represent Murfreesboro in the media. Unfortunately, Chris’ greatest challenge in life was a frontal lobe brain tumor first diagnosed in 1997. Despite being benign and surgically removed, its aggressive recurrence several years later and the treatment it required resulted in cognitive disorders that only worsened in the passing years. But Chris will be remembered most for his greatest passion, which was music, a lifelong interest he shared with his mother Betty and his Aunt Katherine. An accomplished bass player, he played professionally for many years in his youth, including touring nationally with country music star Skeeter Davis, playing in several rock and folk bands, and co-writing and producing a children’s album with close friends. No matter the state of his health, he never refused a request to play guitar and sing. An old soul, his heart was gentle and his disposition kind. He had a special affinity for connecting with people who were lonely or isolated from others. His greatest legacy is that he passed those traits on to his beloved daughter. Visitation with the family will be Tuesday at Feldhaus Memorial Chapel from 4:00 to 7:00 pm. The funeral service will be held 10:00 am Wednesday at First Presbyterian Church of Shelbyville, where Chris was a life-long member and a member of the choir, with the Rev. Lindsey Wade and the Rev. Dr. John Todd officiating. Burial will follow at Shofner’s Lutheran Memorial Chapel Cemetery, where Chris will rest among generations of family, both immediate and extended. Ginger and Ann request that in lieu of flowers, memorials be given to Shofner’s Lutheran Memorial Chapel in care of Mr. Bentley Shofner, 4625 Spring Cove Road, Murfreesboro, TN 37128, The Webb School Fund or First Presbyterian Church of Shelbyville. Chris’ long-time friend David Feldhaus and Feldhaus Memorial Chapel are serving the family.

The family of Mr. Chris Shofner created this Life Tributes page to make it easy to share your memories.

Send flowers to the Shofner family.