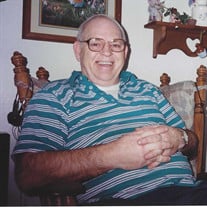 Mr. Douglas N. Wright, age 90, of Bell Buckle, passed away Saturday, August 21, 2021, at his home under the loving care and comfort of his family and Hospice Compassus. Funeral services will be 3 PM Tuesday, August 24, 2021, at Feldhaus Memorial... View Obituary & Service Information

The family of Mr. Douglas Neil Wright created this Life Tributes page to make it easy to share your memories.

Send flowers to the Wright family.