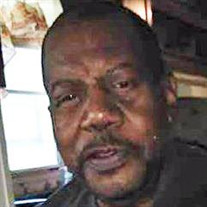 Mr. George “Rooster” Garrett, age 70, of Shelbyville, passed away Thursday, November 7, 2019. Funeral services will be 1 PM Thursday, November 14, 2019, at Feldhaus Memorial Chapel. Burial will follow in Willow Mount Cemetery. The family will receive visitors 12 noon until service time Thursday at the funeral home. He was born May 27, 1949, in Shelbyville, to the late Rafe and Dorothea Mae Scott Garrett. He was a retired self-employed automobile mechanic, and loved fast cars. In addition to his parents, he was preceded in death by his wife, Martha Sue Wilson Garrett, in 2017, and a brother, Henry Garrett. Survivors include his sisters, Doris Garrett Knox, of Shelbyville, and Mary Garrett, of Los Angeles, California; two brothers, Lawson Garrett and Charles Garrett, and his wife Sara, all of Shelbyville; a son, George Mason, of Shelbyville; daughters, Athena D. Wilson, of Nashville, and Tiara Elien, and her husband Phaidner; seven grandchildren and host of nieces, nephews, and friends. Feldhaus Memorial Chapel is assisting the family.

The family of Mr. George Ralph Garrett created this Life Tributes page to make it easy to share your memories.

Send flowers to the Garrett family.