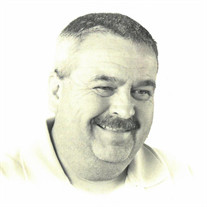 Joe Glen Norman, age 63, of Murfreesboro, passed away December 12, 2020. Glen was the son of the late Joe and Dorothy (Gambill) Norman, born November 30, 1957 in Shelbyville, Tennessee. A lifelong baseball and softball player, Glen coached teams of all ages and was an active advocate for the Hillard Gardener softball league for many years. His love of the game translated to generations of players who shared their love with their friends and children. Glen’s 38-year career with United Cities Gas and ATMOS energy company took his family to Columbia, Tenn., Columbus Ga., and Greely, Colo. for several years. After retiring back to Murfreesboro, Tenn., to be closer to his family, he continued a freelance career as a natural gas utility trainer for several more years before retiring completely to spend more time with his family. Since returning to Murfreesboro, Glen and Dianne have been active members of the North Boulevard Church of Christ West Campus, serving as a greeter many times and as part of the building committee. Glen’s love for his Lord and for his family was widely known and was an example for many. He passed his love for the outdoors on to his children and never missed an opportunity to teach his grandsons what he knew about hunting and fishing. His easy smile and cheerful heart brought joy to those who loved him and welcomed new people into his life who soon became friends themselves. He is survived by his wife of 43 years, Dianne (Price) Norman, his sister, Sherry (Barry) Frizzell of Shelbyville, his daughter, Menda (Jon) Kincaid and his son, Aaron (Kara) of Murfreesboro, and his nieces, Lindsey (Bill) Ferrell and Amber Frizzell. His grandsons, Jevan and Mattox Kincaid, and Elijah and Isaiah Norman were the pride and joy of his life. Visitation will be held at Feldhaus Memorial Chapel on Monday, December 14, from 4-7 pm and the service will be Tuesday, December 15 at 11 am.

The family of Mr. Glen Norman created this Life Tributes page to make it easy to share your memories.

Send flowers to the Norman family.