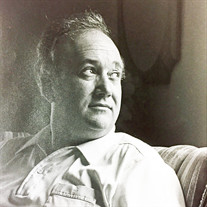 Halbert Floyd Dennis, J.D., 89, Professor Emeritus of Vanderbilt University, died on April 17, 2017 in Chattanooga, Tennessee of cancer. A native of Shelbyville, Tennessee, after serving in the United States Air Force from 1951 to 1955, Professor Dennis graduated from Vanderbilt University Law School in 1958. Thereafter, he had a lengthy and distinguished life of service to his fellow Tennesseans starting with representing the 18th District in the Tennessee State Senate and ending with his retirement as Professor of Vanderbilt’s Department of Special Education. From 1961 to 1967 he served as Special Legislative Analyst to the Tennessee General Assembly, Assistant Attorney General for the 8th and 23rd Judicial Circuity, Special Counsel to the Tennessee Limited Constitutional Convention and Director of the Tennessee Criminal Law Revision Commission. In 1967, Governor Buford Ellington asked him to investigate and report to the Governor and the General Assembly the status and needs of Tennessee’s intellectually disabled citizens leading him to produce the seminal policy document, Tennessee Plans for Her Retarded Citizens, one of the first comprehensive state plans for this vulnerable population conceived in the United States and used as a model by several of Tennessee’s sister states. Thereafter, he became a nationally renowned legal theorist, activist and prolific scholar in the field of developmental and intellectual disabilities. A major early promoter and organizer of community services for intellectually disabled people, he worked tirelessly to free societally devalued people from obscurity, exploitation and maltreatment and improve both their social position and their access to equal protection under the law. He championed the principle of “normalization” not just in Tennessee but throughout the United States; helped formulate and pass both Tennessee’s Right to Education law and the federal counterpart, the Education for all Handicapped Children Act (now IDEA), both of which guarantee disabled children the right to a free and appropriate education; either acted as a founding principal of or secured funding for virtually every community based program for intellectually disabled people in Tennessee; served as counsel or as an expert witness in multiple landmark federal cases challenging the widespread state governmental policy of “warehousing” its intellectually disabled citizens without any attempt at habilitation and integration into the community; and he formulated the concept of “County Agents for Children”, the primogenitor of such present-day programs as Court Appointed Special Advocates which recruits ordinary citizens to act as unpaid voluntary advocates for vulnerable people. He served on both the President’s Committee on Mental Retardation and as an Official Delegate of the White House Conference on Children. As a nationally recognized expert on the intersection between the intellectually disabled offender and criminal law, he served as special consultant to various court systems including the Tennessee Supreme Court. At Peabody College of Vanderbilt University, he served for several years as the Chairman of the Department of Special Education---hailed as the nation’s pre-eminent program in that field, and served as a Research Fellow of the John F. Kennedy Center for Research on Human Development, the Director of the Kennedy Center Institute on Youth and Social Development, the Director of Grant Development of Peabody/Vanderbilt University, and the Director of Programs for Special Educators of Peabody/Vanderbilt University. He is the author of numerous books and articles on law and special education, rights of disabled children and adults and educational policy. He is predeceased by his wife, Elizabeth Tittsworth Dennis, and survived by his present wife, Pauline Privett Dennis; children John (Julie) Dennis of Brentwood, Tennessee, Tricia (Mohamed Mustafa) Dennis and Patrick Dennis of Chattanooga, Tennessee; grandchildren David Dennis of Franklin, Tennessee, Sarah Dennis Manners (Nick) of Nolensville, Tennessee, and Katherine Mustafa of Harrogate, Tennessee; and a great-grandson, Hayden Manners of Nolensville, Tennessee. A Memorial Service will be held on Saturday, April 29, 2017, 2 PM at Feldhaus Memorial Chapel, Shelbyville Tennessee. Contributions, in lieu of flowers, to the ARC-Tennessee, 151 Athens Way, #100, Nashville, TN, 37228

The family of Professor H. Floyd Dennis created this Life Tributes page to make it easy to share your memories.

Send flowers to the Dennis family.