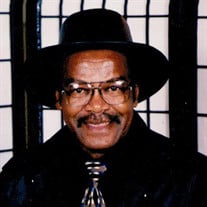 Mr. Jesse Lee Owens, age 81, of Shelbyville, passed away Sunday, April 17, 2022. The family will receive visitors 11 AM-1 PM Saturday, April 23, 2022, at Feldhaus Memorial Chapel. Jesse was born in Mulberry, Tennessee, on February 2, 1941, to the late John and Bonnie Alberta Ingle Owens. He was preceded in death by his sister, Carrie Owens Cannon Pitts; three brothers, Barney Ray "Baby Ray" Owens, John Lewis "Buddy" Owens, and Lieutenant John Franklin Owens; a nephew, Eddy Cannon; and niece, Vernita L. Lane. Jesse was a 1959 graduate of Bedford County Training High School. He was a member of The Invaders for many years and worked at Stanley Tool where he retired after more than 20 years of service. Jesse was the jack of all trades/ He was also a deputy at the Sheriff's Department, an auctioneer, and he coached and umpired softball. Jesse then started driving trucks for Titan and then Goggin Warehousing where he retired after more than 20 years of service due to health-related issues. Jesse also loved working on anything with a motor and was known for wearing a cowboy hat and singing karaoke at local venues, He leaves to mourn his passing, tow daughter, Jesie Marie (Terry) Owens Norman, of Murfreesboro, and Eyunethia Vinnete Owens, of Winchester; two granddaughters, Chasity Marie (Terrell) Smith, of Murfreesboro, and Eyunikue Katchae Owens, of Winchester; a special granddaughter Bethany Howard; two grandsons, Xavier Norman and Kendrick (Lakiya) Norman, both of Murfreesboro; five great-grandchildren: Christian Smith, Karter Norman, Lashaun Norman, Keniyah Norman, and Kahli Norman, all of Murfreesboro; sisters, Ruth Owens, of Flat Creek, and Ida R. (Poochie) Owens, of Shelbyville; a brother Joe (Shirley) Owens, of Shelbyville; and a host of nieces, nephews, cousins, and friends. Feldhaus Memorial Chapel is assisting the family with the arrangements.

The family of Mr. Jesse Lee Owens created this Life Tributes page to make it easy to share your memories.

Send flowers to the Owens family.