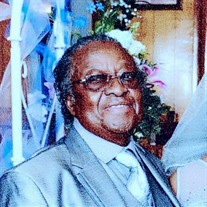 Mr. Jesse Eugene Rodgers, age 77, of Fayetteville, a Shelbyville native, passed away Wednesday,May 20, 2020. Funeral services will be 1:00 P.M. Sunday, May 24, 2020, at Feldhaus Memorial Chapel. Pastor Jeremy Wells will officiate will serve as eulogist. Burial will follow at Poplar Grove Cemetery in Unionville. Visitation will be one hour prior to the service. He was born on April 11, 1943, in Unionville, to the late Jerry Rodgers, Sr. and Mary Lizzie Perry Rodgers. He took great pride in his appearance and was always sharply dressed. He loved spending time with his family and cooking. He worked at Tyson Foods for many years and was the head cook at Stone Bridge Nursing Home. Jesse was a member of Hurricane Creek Baptist Church where he served as Deacon and Treasurer. He was a veteran of the Army National Guard and served in the Vietnam War. In addition to his parents, he was preceded in death by his daughter, Lenora Ward, and brother Jerry Rodgers, Jr. He leaves to cherish his precious memory his wife, Brenda Rodgers, of Fayetteville; a son, Terrell Rodgers, of Opalika, Alabama; three step-children: Timothy Bryson, Wynedda Bryson, and Necol (Maurice) Watts, all of Fayetteville; two brothers, Donnell Rodgers and Thomas (Betty) Rodgers; four grandchildren: Dearquyce Rodgers, Jaelon Rodgers, Tremir Rodgers, and Xyquan Rodgers, all of Opalika, Alabama; Devoted friends, Willie Moorehead, Danny Hasten, Calvin Hadley, and Mike Vance; and a host of step-grandchildren, nieces, nephews, and family. Feldhaus Memorial Chapel is assisting the family.

The family of Mr. Jesse Eugene Rodgers created this Life Tributes page to make it easy to share your memories.

Send flowers to the Rodgers family.