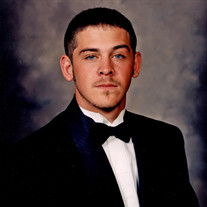 Michael Pierce Bell October 30, 1980 – April 28, 2018 Our charismatic and beautiful son, brother, father, cousin, uncle, and friend left us this past Saturday night. We will remember Michael as that beautiful blue-eyed man that watched out for everyone. Although he is gone, he will forever watch over us. Michael had intelligence, athletic ability, beautiful blue eyes, a charming smile and the ability to engage & forge a relationship with anyone. He was also devoted to his work in all areas especially landscaping. One thing we can say about him is that he was a hard and determined worker. We loved Michael with all of our hearts, but we could not shield him from the ravages of addiction. The family hopes these words may provide an insight to those in need of a change. The pain we have felt watching Michael struggle has been replaced with our knowledge that he is now free from all burdens and demons. One day we too will be called home to God and will see our beautiful blue-eyed angel Michael. Until then, keep those sacred memories with him close to heart. A Celebration of Life Service will be 6 PM Thursday at Feldhaus Memorial Chapel The family will receive visitors 4 PM until service time Thursday at the funeral home. He was born October 30, 1980, in Shelbyville, to Ronald Frank Bell and Patti Clift Norris. Michael was a landscaper by trade, and a member of the Lighthouse Church. Preceding him in death were his grandparents, Floyd and Helen Clift and Tom and Dean Bell; uncles, Jerry Bell and Gary Bell; step brother, Nathan Norris. Survivors include his mother, Patti (William) Norris, of Smithville, and his father, Ron Bell, of Shelbyville; a daughter, Makenzie Bell, of Shelbyville; a brother, Patrick Bell, of Shelbyville, step brothers, Patrick Norris and Jonathan (Christie) Norris; uncles, Larry Bell and Mike (Martha) Clift; nieces, Chloe Bell, Peyton Bell, and Preston Bell; a devoted cousin, Jessie Bell. Memorials may be made to a scholarship fund for Makenzie Bell, C/O First National Bank, 1700 N Main Street, Shelbyville, TN 37160, 931-684-8191. Feldhaus Memorial Chapel is assisting the family with the arrangements.

The family of Mr. Michael Pierce Bell created this Life Tributes page to make it easy to share your memories.

Send flowers to the Bell family.