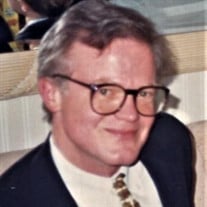 Walter Lawrence Higgins, age 75, of Pompano Beach, Florida, formerly of Shelbyville, Tennessee and Bethesda, Maryland, died on April 11, 2021 in Wilton Manors, Florida after being ill for the last year. He was born February 26, 1946, in Fayetteville, Tennessee to be near his grandparents, Battle and Eula Scott Bagley, Walter’s beloved “Ninnie.” He was the son of Eugene Benjamin and Mary Frances Bagley Higgins of Shelbyville. He is survived by his lifetime partner, Knox Pitts III, who was born in Shelbyville on the same day and knew Walter his entire life. Walter left Shelbyville to attend Webb School in Bell Buckle, Tennessee, Rice University in Houston and the University of the South at Sewanee graduating with a degree in English. After Sewanee he went to work for Knox’s father and mother at Knox Pitts Hardware in Shelbyville where he worked for 27 years. Knox returned to Shelbyville in 1978 after college and working in politics and government in Washington DC and ran the business with his brother, John, until it closed in 1998. Walter was Chair of the Bedford County Library Board, the Shelbyville Historic Zoning Commission and the Allocation Committee and Olympic Torch Event for Bedford County United Way. He was on the Boards of United Way of Middle Tennessee, the Highland Rim Regional Library, and Webb School Alumni. He had been an Eagle Scout and served as a Scout leader. When necessary, he served as organist for many Sundays at Episcopal Church of the Redeemer. Walter received the “Deery Eakin Award” as Civic Volunteer of the Year from the Shelbyville-Bedford County Chamber of Commerce. He served as State Director for Campaign Materials for Jim Sasser’s Senate Campaign in 1976, was active in many local campaigns and attended ten Democratic National Conventions. From 1985 to 1999 Walter maintained and resided at the historic home of his dear friend the late Jane Carey Folk Thomas for her son Robert and his wife Joan of New York City, who came to Shelbyville for the Celebration and Christmas every year. Walter and Knox moved to Bethesda Maryland in 2000, sold designer plumbing, decorative hardware and imported kitchens and retired in 2009 moving to Boca Raton, Florida. They continued to travel around the US, missing only Alaska, Hawaii and North Dakota, and in Europe, where Walter drove over 3400 miles around France in 2017 - he was a lover of trees. Walter especially enjoyed reading and watching European detective stories. They also enjoyed spending time with the Thompson and Pitts families and their many other friends. Preceded in death by his parents and brother Bob Higgins, Walter is survived by Knox, his brother, Eugene B. Higgins Jr, his sister, Mary Battle (Bob)Thompson, nephew, Walter Benjamin Thompson and wife, Catherine Lemaire Lozier, niece, Catherine Thompson (Gabe) Borman and their daughters Rosie and Maggie, all of Nashville, and nephew, Paul Thompson of Dorset, Vermont, and goddaughter Shelby Thomas of Lewes, Delaware. And survived by too many loving and beloved friends to mention. A private burial will be at Willow Mount Cemetery in Shelbyville. No memorial event is planned at this time. Memorial contributions may be made to the First Presbyterian Church, 600 North Brittain Street, Shelbyville TN 37160 or to a political cause of your choice that would have Walter’s approval. Feldhaus Memorial Chapel in Shelbyville is in charge of arrangements.

Walter Lawrence Higgins, age 75, of Pompano Beach, Florida, formerly of Shelbyville, Tennessee and Bethesda, Maryland, died on April 11, 2021 in Wilton Manors, Florida after being ill for the last year. He was born February 26, 1946, in Fayetteville,... View Obituary & Service Information

The family of Mr. Walter Higgins created this Life Tributes page to make it easy to share your memories.

Send flowers to the Higgins family.