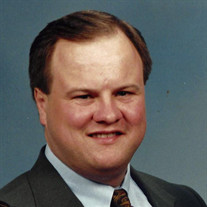 Mr. William Robert “Rob” Taylor, II, age 60, of Shelbyville, passed away Monday, June 17, 2019. Private graveside services will be held Wednesday, June 19, 2019. The family will receive visitors 5-8 PM Tuesday at Feldhaus Memorial Chapel. He was born December 7, 1958, in Oak Ridge, Tennessee, to the late Robert and Nell McMahon Taylor. Rob was a banker for over thirty years, and maintained membership at First Baptist Church. In addition to his parents, he was preceded in death by an infant, Andrew Robert Taylor, in 1984. Survivors include his wife in thirty-six years, Donna Cunningham Taylor; a son, William Robert “Trey” Taylor, III, and his wife Jessica; a daughter, Jessica Hord, and her husband Tony; a brother, Whitney Wilson “Whit” Taylor, and his wife Darlene; two grandchildren, Brooklyn Taylor and Bryant Taylor, all of Shelbyville. Memorials may be made to First Baptist Church. Feldhaus Memorial Chapel is assisting the family with the arrangements.

The family of Mr. William "Rob" Robert Taylor created this Life Tributes page to make it easy to share your memories.

Send flowers to the Taylor family.