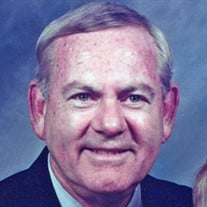 Mr. William "Don" Vannatta, age 79, of Fayetteville, passed away August 14, 2021, at Huntsville Hospital. A private graveside service will be held Saturday, August 21, 2021, at Willow Mount Cemetery. Dr. David R. McCauley will officiate. The family requests for masks to be worn. A memorial service will be held 2:00 - 4:00 P.M. August 29, 2021, at Riverside Christian Academy 116 Riverside Lane Fayetteville, TN 37334. Don was born in Bedford County to the late William Leslie Vannatta and Ruth Faulk Vannatta. He was a 1960 graduate of Bell Buckle High School. He retired from the Tennessee National Guard where he served in Desert Storm and he also retired from the Fayetteville Farmer's Exchange in October of 2003. He was a member of Riverside Church of Christ and an active member of the Fayetteville Senior Citizen's Center. He was a softball umpire in Lincoln County from 1964 to 1989 and was inducted into the Fayetteville Adult Softball Hall of Fame. He was a referee for high school TSSAA basketball tournaments, regular games, district games, regional games, sub state games, and several state tournaments throughout the years. In addition to his parents, he is preceded in death by his brother-in-law, Wayne Hornaday. He is survived by his wife of 58 years, Barbara Elmore Vannatta, of Fayetteville; a son, Michael Dewitt Vannatta, and his wife, Jennifer Newman Vannatta, of Fayetteville; two sisters, Judy Hornaday, of Wartrace, and Faye Windham, and her husband Joe, of Lilburn, Georgia; a nephew, Punt Windham, and his wife, Kim; and a grandson, Nolan Michael Vannatta, of Shelbyville. Memorials may be made to Riverside Christian Academy 116 Riverside Lane Fayetteville, TN 37334 or the charity of your choice. Feldhaus Memorial Chapel is assisting the family.

The family of Mr. William Donald Vannatta created this Life Tributes page to make it easy to share your memories.

Send flowers to the Vannatta family.