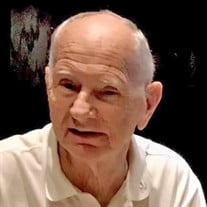 Mr. Larry “Woody” Thompson, age 84, of Shelbyville, went to be with his Lord Wednesday, January 26, 2022. Per his request, he is to be cremated, and a Memorial Service to be held at a later date. A native, of Trion, Georgia, he was the son of the late Lloyd and Katie Thompson. In addition to his parents, he was preceded in death by his granddaughter, Amber Hayden. He was the owner of SST Tool and Cutter Grinding for twenty-five years and retired in 2006. Survivors include his loving wife of 64 years, Bobbie Thompson; a son, Dwight Thompson, and his wife Angela, of Bell Buckle; a daughter, Lynnette Scott, and her husband Dennis, of Shelbyville; grandchildren, Ben Thompson, Ashley Cocke, Dakota Scott, Shelley Lovvorn, and Brittney Self; great grandchildren, Lucas Aderholdt, Stratton Lovvorn, Landon Lovvorn, Jaxson Self, Kensington Cocke, and Sadie Self; sisters, Betty Allee, Juanita Dillard, and Donna King. Feldhaus Memorial Chapel is assisting the family with the arrangements.

The family of Mr. Woody Thompson created this Life Tributes page to make it easy to share your memories.

Send flowers to the Thompson family.